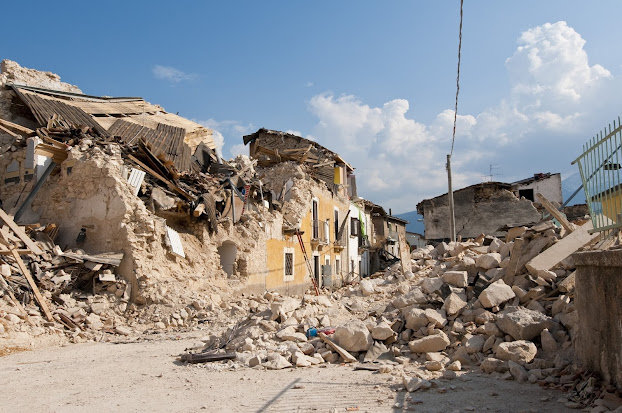 The National Center for Seismology is constantly monitoring the recurring earthquakes in Rohtak. To study this, another earthquake detector was installed in Sampla on Monday. Earlier, one earthquake detector was installed in Karontha village and also in the small secretariat. District Coordinator of Disaster Management Saurabh Dhiman said that the equipment installed in the Small Secretariat will be shifted to another village due to technical flaws. His GPS is not working.
At the same time, Dr. JL Gautam, a scientist at the National Center for Earth Sciences, subordinate to the Ministry of Earth Sciences, said that no estimate of an earthquake can be made, only after the earthquake is studied. The study is also on the earthquakes coming in Rohtak. For this, the number of earthquake detectors in the Rohtak region is also being increased. Three of these earthquakes have been installed around Delhi and three on Rohtak. A device has been installed in Sampla on Monday, there are plans to increase their number in the future.’
Dr. JL Gautam told me that the earth is fixed on seven large tectonic plates. In such large plates, in many places, there is fault line (cracks inside the ground) or ridge (the embossed area inside the ground). When a large plate is shaken, there can be a stir in the ridge and fault line present in it. India is a vaccine on the Indo-Australian plate. The Eurasian tectonic plate colliding with the Indo-Australian plate affects the Himalayan region as well as the cracks present in these plates. It is due to the stir of these plates that the Mahendragarh-Dehradun fault line (cracks inside the ground) passing through Rohtak has been activated. This is the reason that earthquakes have occurred in Rohtak these days. There were similar earthquakes in Jind around 2003-2004. In those days there used to be a stir on Delhi Sargodha Ridge. On the basis of these movements, it cannot be said whether a major earthquake will occur or not. Don’t know if there is no earthquake for many years now. No one can predict the earthquake in the world.

Earthquake depth is less in this area

The depth of earthquakes in Delhi NCR is much less than that of earthquakes in the Himalayan region. Due to this, low-intensity earthquakes are also felt in these areas. In the recent earthquake, the stir was just 5 kilometers below the ground, due to which a 2.4 magnitude earthquake was also felt by more people.
If you do not understand my given information,then you can ask me your question in the comment box, I will answer your questions as soon as possible.