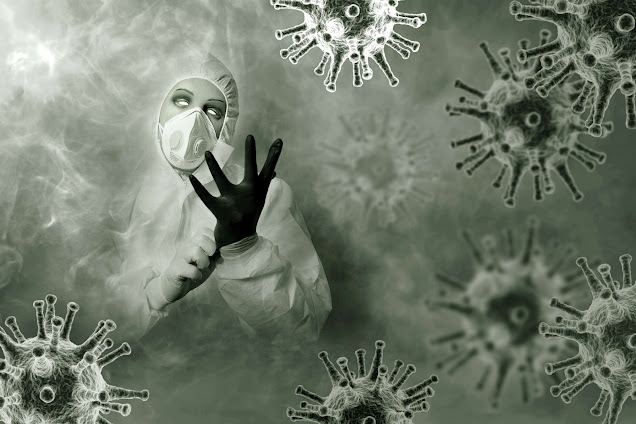 There are frequent cases in Corona markets, yet some shopkeepers are playing with security. On Saturday, the municipal team cut the challans of eight shops and imposed a fine on the merchants, along with the warning that if they break the rules again, an invoice of up to Rs 50,000 will be made. Under the leadership of the corporation, the team of the corporation reached Jhajjar Road and Qila Road at Shourie Market in the morning, where there were a lot of crowds. The investigation found four shops open without number, where social distancing was not even being followed. The corporation made two thousand challans of the four shopkeepers. After this, four challans of one thousand each of those merchants, where the crowd was more. From there the team reached the fort road, where the encroachment was removed. Also in the evening, the team reached different markets and investigated.
People roaming without masks in parks, corporation forgot to warn
The district administration has decided to visit the parks in the morning and evening. Also, the condition is that masking is mandatory and the Arogya App should be downloaded on mobile. The corporation team went to the parks three days ago and warned. Despite this, people are walking in mask parks.
Free
Gum’s team has made eight invoices at Shourie Market on Saturday. Four merchants opened shop without number in it. Also, encroachment has been removed from the fort road and railway road. As far as moving masks in parks are concerned, challans will be cut soon.

After finding corona positive patients in village Gandhara and Detour

After finding corona positive patients in village Gandhara and Detour, some areas have been made a containment zone. The administrative boundary of the villages has been declared as a buffer zone. According to the order issued by District Collector RS Verma, the area starting from Jagannadas’ house in village Detour to Balbir’s house in the south and Panchayat member Raju’s house in the west has been declared as a containment zone. The administrative boundary of village Detour has been made a buffer zone. Similarly, the area starting from Ranbir’s house in village Gandhara from the King’s house in the west to the vacant area has been made a containment zone.
The entire administrative boundary of village Gandhara will remain in the buffer zone. Collector Verma has instructed the civil surgeon to go door-to-door screening and scanning of all the people in the Containment Zone of both villages. All personal protective equipment, including masks, gloves, should be provided to the health workers engaged in this work. The District Development and Panchayat Officer have been instructed to completely sanitize the container and buffer zones in both villages. The doors of the houses of the cantonment zone should also be sanitized. The staff involved in this should also be provided with personal protective equipment. The Superintendent of Police has been given the responsibility to seal the entire area of ​​the Containment Zone and deploy security personnel. The only movement of essential services will be allowed in the Containment Zone. SDM Sampla will decide the exit, entry point of the Containment Zone in coordination with the concerned DSP. The Sub Divisional Officer (Civil) of Sampla will prepare a list of essential items like ration, vegetables, milk for the people living in the Containment Zone. All the goods will be delivered in packets from door to door
If you do not understand my given information,then you can ask me your question in the comment box, I will answer your questions as soon as possible.